Can Aquaponics Be Organic?

Organic Aquaponics: Is it Possible?

Organic Aquaponics is a process of raising fish and plants together in a mutually beneficial environment. Aquaponic systems use bacteria to break down organic matter into nitrates, which are used by the plants as nutrients and then become available for the fish through their roots. There are many benefits to using Aquaponics.

The method uses 1/10th of the water that traditional farming does. You can harvest plants and fish daily; there are no soil-borne diseases, so it is safer for crops, and when done right, an aquaponic system will provide much more food than you need at home.

In this article, we will discuss what organic Aquaponics is, how it works, some common mistakes people make, and why you might want to consider using Aquaponics in your backyard. 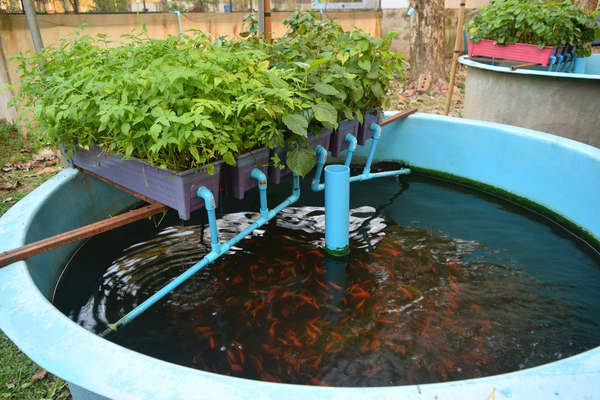 How Does Organic Aquaponics Work?

There are many different ways to harness the power of nature and grow your produce, and Aquaponics is just one of them. Organic Aquaponics is a system that combines growing plants without soil and raising fish or other aquatic animals in tanks. The two systems work together so that the waste from the fish provides nutrients for the plants while also filtering out water impurities before they reach waterways.

Some people say that organic Aquaponics is the answer to pollution and food insecurity. Still, others argue that it cannot be organic. Aquaponic systems use fish to help filter water and produce plant nutrients that feed vegetables and herbs planted around the edges of a tank.

The process also produces protein-rich tilapia for consumption. Organic certification depends on how your system operates because many variables are involved, which makes it difficult to comply with the standards set by governing agencies such as the USDA National Organic Program (NOP).

You can also use an aquaponics greenhouse to grow your crops without worrying about contamination with non-organic fertilizers if you are an organic farmer. The only problem is that there are no regulations for what qualifies as “organic” when it comes to Aquaponics, so until they are established, this will remain up for debate.

The NOP regulations do not allow aquaponic systems to be considered organic because they integrate animals into vegetable farm operations. The difference is not so simple because government agencies have given some foods the classification of organic. In contrast, some people refer to organic as having better health benefits than others. But there are alternative ways to make this system work for organic food production.

Suppose you want to grow crops using aquaponics farming but do not necessarily need them to be certified as organic. In that case, other options are available to allow the integration of fish into your system while still meeting all NOP standards. For example, some methods use aquatic plants in place of animal life, which aligns with the organic practices allowed by NOP regulations.

The Benefits of Using Aquaponics in Organic Farming

Organic Aquaponics has numerous benefits, as outlined below:

No Soil is Needed

There are places where the soil is not suitable for farming because of problems with the soil or the desert environment. Aquaponics greenhouse is an interesting alternative for places like these. That’s because it does not require any soil.

Organic Aquaponics uses no soil and eliminates the need for pesticides, increasing production without irrigation challenges or tilling of land. It is an efficient use of space with higher crop quality. This makes it an excellent choice for organic farming, as there are no soil amendments required the plants grow in water. 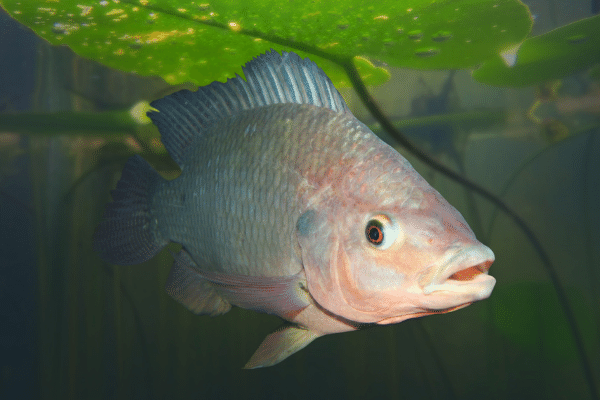 The benefits of using aquaponics farming are lower labor requirements.  The method increases production by 30-40% compared to traditional methods without any irrigation challenges or tilling of the land, which can be very hard on your body when done all the time. Not only is it a great option for your own farm, but you can also sell what you produce at local farmer’s markets or even to restaurants.

When it comes to fish diseases, you must not use antibiotics. Suppose the water is converted into plant food through the use of bacteria. In that case, administering antibiotics will upset your entire system. The best way to treat sick fish without antibiotics is to isolate them and apply a salt bath solution.

Water Can Be Reused

Water is an important part of organic aquaponics systems. Not only do the fish need it to survive, but so do the plants. Aquaponic systems recycle water so that it can be reused. The nitrified water from the fish waste is used by the plants and cleaned to a certain extent. In this way, the soil doesn’t become salinated when we have to drain it.

Own Food and Continued Yields

It is a lot easier to harvest your own food. This saves you time and money by not buying vegetables from shops or markets, which can be expensive depending on where you live. You also have more choice of what type of veggies you want in your garden as well.

You can grow vegetables all year round! This is especially useful if you live in colder climates or want to avoid the harsh summer sun. Even though your climate might not allow for traditional farming, you will likely be able to harvest something from an aquaponics farming garden no matter what time of year it is.

When you’re growing vegetables, weeds are a huge problem. These garden pests steal nutrients from your own veggies, which slows down the growth of your plants and reduces the size they can grow to. This problem does not exist in organic Aquaponics, so you save time and money by not pulling weeds as often.

An Easy Method of Farming

One of the biggest benefits of organic Aquaponics is that it is very easy for anyone to do at home. All you need are fish, plants, water, and a system that is all put together. This makes it a great way to provide food for your family or simply grow fresh greens indoors throughout the year without using any pesticides or chemicals.

In the past, organic aquaponics farming was only used by those who lived off-grid and had no access to electricity. However, it is now becoming a popular way for people in cities to grow their own food. Suppose you have ever wanted an easy way to garden indoors or provide fresh greens for your family without using pesticides. In that case, Aquaponics might be the perfect solution for you.

Organic Aquaponics systems are now available at many local nurseries, and it’s easy to build your own system using DIY plans. So, whether you live in an apartment or a rural area, with fish tanks available for purchase online, there is no reason why everyone can’t enjoy the benefits. 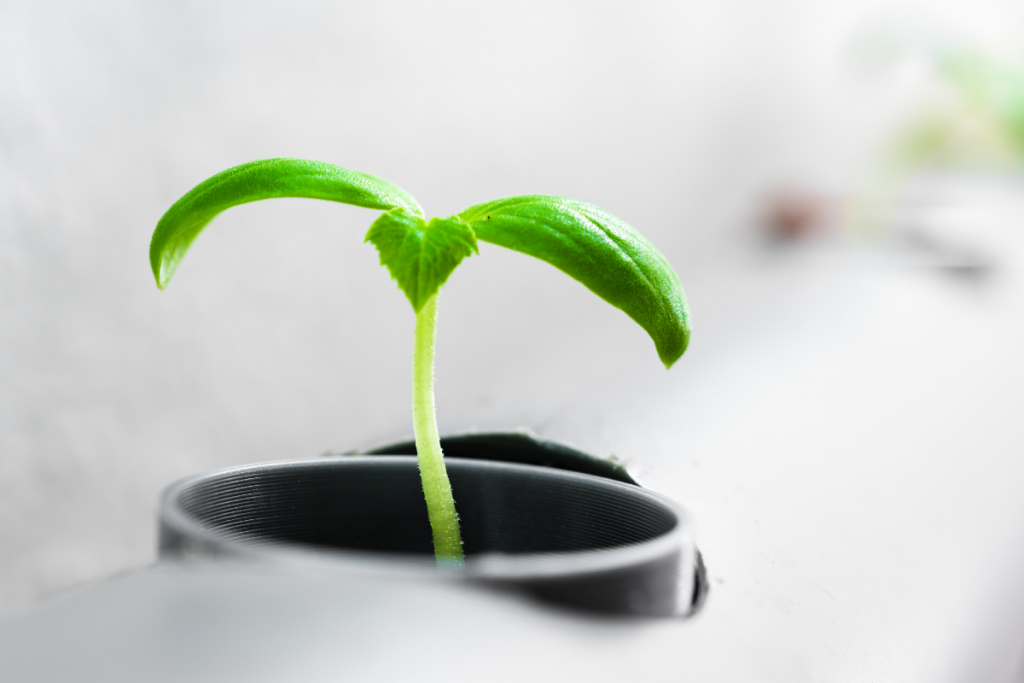 See Our Best Aquaponics Systems For 2022

Challenges Faced by Those Who Use Organic Aquaponics

Even with the benefits mentioned above, not all farmers might manage to set up Aquaponics because of the challenges associated with this method. This includes:

Difficulty in Setting Up

One of the challenges of organic aquaponics farming is setting up aquaponics greenhouse. It can be hard for a first-time farmer doing Aquaponics. Aquaponics can be difficult to adopt because it requires some knowledge about gardening and raising fish.

Another critical issue with this type of farming is the fish. Some types of fish are not good for this kind of farm because they eat other fish or plants. Aquaponics also needs more water than traditional farms, which can be hard to supply, especially in dry areas where there isn’t much rainfall.

Another challenge is that there are no pesticides or herbicides needed for organic aquaponics farming. Aquaponics can help save water because the plants regulate oxygen levels and absorb excess ammonia from fish waste through their roots. Still, it may be difficult to find cheap sources of organic fish food if you are trying to avoid chemicals in your food.

Another challenge of organic aquaponics farming is that it takes up a lot of space. If you’re growing enough plants to sell or eat yourself, then your garden can become overcrowded quickly. It would be best if you made sure that the fish are in optimal conditions by giving them clean water, which requires some knowledge about how much ammonia they produce and how it affects water quality, or you could end up with dead fish.

Organic Aquaponics is a new form of agriculture that can solve many of our current food security problems. The drawback with this practice is that it can be difficult for farmers to maintain an adequate supply of fresh water and nutrients since they are not always in contact with their plant roots.

But, its benefits outweigh the negatives. If you are interested in organic Aquaponics, you should give it a try. It’s not as difficult as you think. 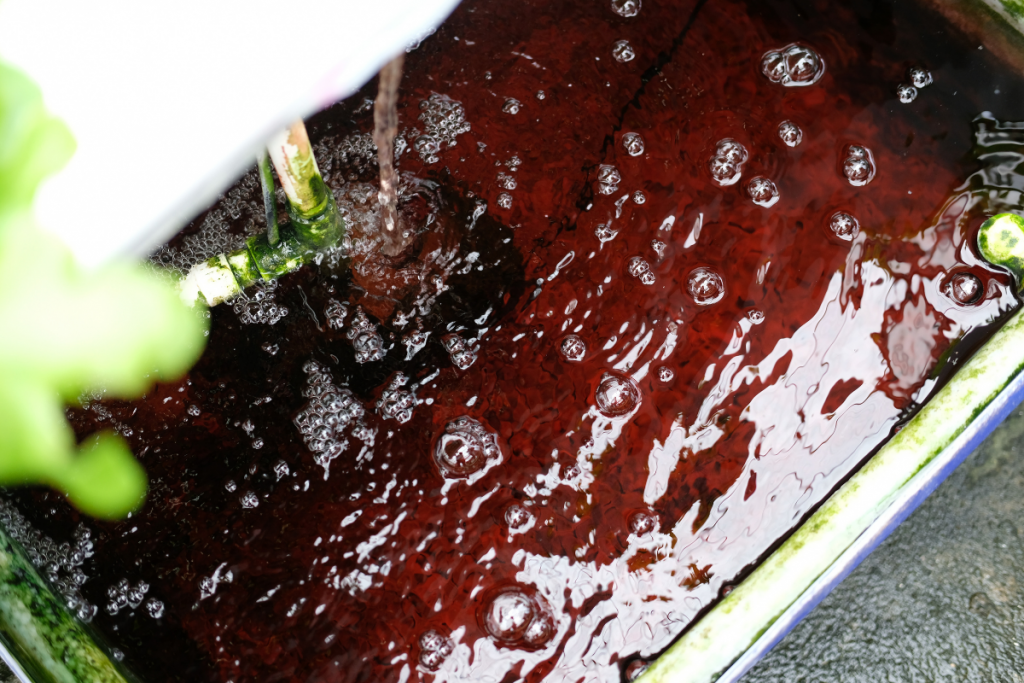 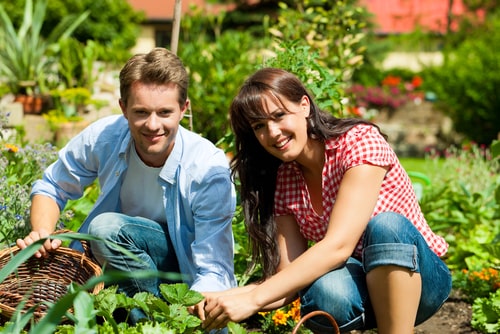 Welcome to The Aquaponics Guide 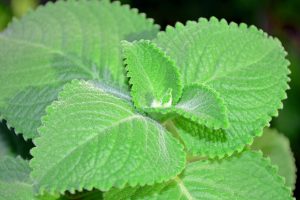 Your Guide On The 5 Best Aquaponics Herbs To Grow

Your Guide On The 5 Best Aquaponics Herbs To Grow Growing aquaponics herbs are increasingly becoming popular. This is mainly due to their potential fast 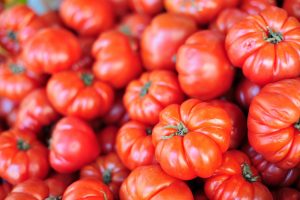 Growing Aquaponic Tomatoes? Read This First Many farmers have turned to aquaponic tomatoes over traditional growing methods in recent years. There is a growing demand 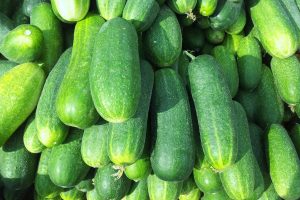 Aquaponic Cucumber 101 – Your Complete Growing Guide Growing aquaponic cucumbers can yield more efficient and quicker results without the use of soil. Cucumbers do 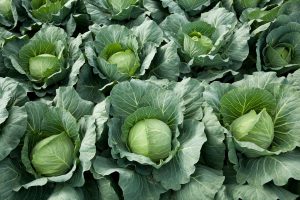 Growing Aquaponics Cabbage? Read This First Aquaponics gardening has attracted many people due to the idea of producing one’s fresh food. In the aquaponics system, 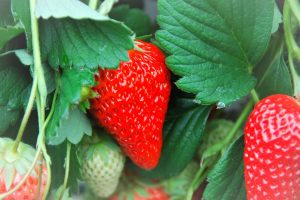 5 Tips For Growing Aquaponic Strawberries At Home Have you tried growing aquaponic strawberries yet? Yes, it is possible. Aquaponic systems are a great way 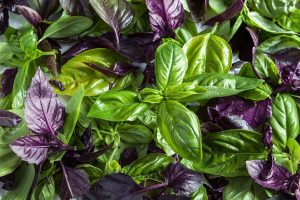 Aquaponic Basil 101 – Your Complete Growing Guide Basil is one of the easiest herbs to grow in aquaponic systems. It’s famous for its health 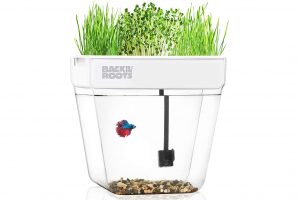 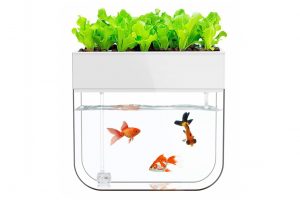 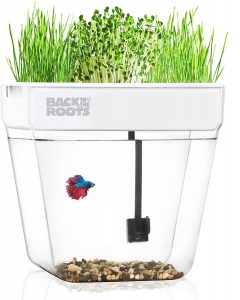 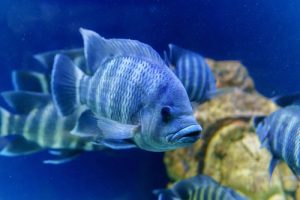 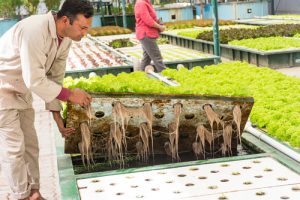